How to install & use TZAC

How to install & use TZAC

TZAC = New Anti-Cheat software by Tomislav Zubcic (TZAC = Tomislav Zubcic Anti Cheat) (Before it was named as SLAC(SpeedLink AntiCheat, but SpeedLink stopped supporting it, so the coder renamed the anticheat after himself)


Short story: PunkBuster has became shit(has always been?), it doesn't really detect any hacks nowdays + it lags for some people pretty badly. Because of that, ETPro scene decided to play all matches without PB, and they played ~1year without any anticheat. But now Chaplja(ex cheat coder btw) has been developing that new Anti-Cheat software and this TZAC 2 is now in use.

What do You need so You can use TZAC?

Courchea's Easy 12 Step Tutorial How To Install And Use TZAC:

1. Go to http://tz-ac.com/register.php and Register. Now you have your own TZAC ID.
2. Read FAQ here: http://tz-ac.com/topic.php?id=9
3. Download TZAC here: http://tz-ac.com/downloads.php (You can download .exe straight here http://tz-ac.com/Setup.exe NOTE: So that is Windows client, TZAC doesn't support other operating systems at this moment)
4. Install TZAC by doubleclicking .exe file, but do not install it to ET folder.
5. Add TZAC files to your AntiVirus exception list. (see end of this post) (NOTE! Do this before opening TZAC first time!)
6. Open TZAC. (find appropriate shortcuts(if you are playing ET, it is TZAC - ET) in the start menu folder. Drag and drop it to your desktop or to taskbar. Then just doubleclick/click the shortcut) This window will open: http://img818.images.../7041/tzac1.jpg
7. Log In.
8. At Game Info -area press Browse and find and point ET.exe.
9. Put +set fs_game etpro to Command line options. (not necessary, but doesnt do any harm either, its just that TZAC will open ET with etpro mod already loaded)
10. Press Start the game. Now your ET will open with ETPro mod loaded.
11. Connect to any No-PB ETPro 3.2.6 server by opening your console and putting server IP and password there, like /connect [IP:Port]; password [password] ,for example /connect 217.163.22.45:27960; password time2own
12. Play. If you want to see who is using TZAC, open console and type /ac_players. Now you should see players TZAC ID's, if someone is not using TZAC, his/her TZAC ID/Guid will be UNKNOWN. Picture: http://img571.images.../1444/tzac2.jpg

TZAC-Addon for servers has been released too. If you are connecting to server which have TZAC-Addon, you need TZAC to connect there(so its not possible to connect there without TZAC). On TZAC-Addon server you can use /ac_listplayers -command to see more information about players. Picture: http://img100.images.../3417/tzac3.jpg

When you disconnect from server, TZAC will close too.

P.S. Remember, you need to load ET via TZAC if you want to play with TZAC. So first start TZAC, then Log In and press Start the game. Easy.
P.P.S. When you try to Log In first time, TZAC might ask you to accept EULA first. If this happens, just go to http://tz-ac.com/index.php and at up, middle of screen you see Log In option. Just Log In and accept EULA that appears. That's it.

General info:
Q: "My antivirus blocks TZAC from either being downloaded or executed, how do I fix this?"

A: "TZAC is protected against analyizing in order to make it harder for the cheat developers to analyze how the anticheat works. For the same reason some of the automated analyzes, performed by the antivirus software, fail, and the antivirus may announce a possible threat. If that happens, it's a false positive! TZAC files are clean and do not contain malware.
To solve this problem, you need to either disable your antivirus or, preferably, add anticheat files to the antivirus exceptions list. The relevant directories are the installation dir and %APPDATA%TZAC. If you don't know how to do it, consult the help file of your antivirus."

How to do it:
Consult the help file of your antivirus or check out these short guides how to add TZAC files to exception list:

(Basically open your AntiVirus software and find Settings or Configuration. Then find Exceptions or Exclusions tab and add files to exception list so antivirus will just ignore them. Varies a bit depending what AntiVirus software you have)

Avast: http://tz-ac.com/topic.php?id=266
Avira: Youtube link - How to add TZAC files to Avira AntiVirus exception list by BossHK (Note! Use 720p quality and Fullscreen to see clearly what files to add)

If you are worrying why your antivirus might raise a threat alert about TZAC, read this: http://tz-ac.com/topic.php?id=779 (Short version: TZAC is clean) 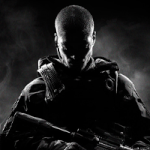 Page 1 of 1
Permissions in this forum:
You cannot reply to topics in this forum
Top posters
Latest topics
» UUS IMG SERVER AVATUD !!!!!!!!!